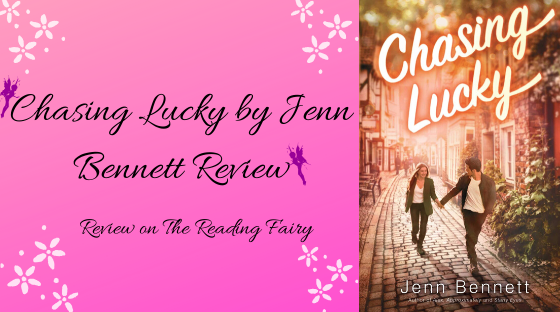 Synopsis: In this coming-of-age romance perfect for fans of Jenny Han and Sarah Dessen, scandal and romance collide when an ambitious teen returns to her hometown only to have her plans interrupted after falling for the town’s “bad boy”—a.k.a. her childhood best friend.

Sometimes to find the good, you have to embrace the bad.

Budding photographer Josie Saint-Martin has spent half her life with her single mother, moving from city to city. When they return to her historical New England hometown years later to run the family bookstore, Josie knows it’s not forever. Her dreams are on the opposite coast, and she has a plan to get there.

What she doesn’t plan for is a run-in with the town bad boy, Lucky Karras. Outsider, rebel…and her former childhood best friend. Lucky makes it clear he wants nothing to do with the newly returned Josie. But everything changes after a disastrous pool party, and a poorly executed act of revenge lands Josie in some big-time trouble—with Lucky unexpectedly taking the blame.

Determined to understand why Lucky was so quick to cover for her, Josie discovers that both of them have changed, and that the good boy she once knew now has a dark sense of humor and a smile that makes her heart race. And maybe, just maybe, he’s not quite the brooding bad boy everyone thinks he is…

Disclaimer: I received an ARC via Netgalley in exchange for my honest review. This does not affect my opinion.

“But it’s okay. We can break the curse ourselves. No magic spell needed. No special charm. All we have to is decide that we’re ready to small down a few invisible walls.”

I kinda have been not a dying fan of Jenn Bennett’s work, because I have my reasons. She has always been an okay author, but I have to admit; once in a while, I’ll pick up a rom-com since her rom-coms are always so good in one way or another.

I requested Chasing Lucky on a whim; knowing that I’d probably won’t get accepted but I somehow magically did. I’m still confused by how that was, but I am not complaining because it kinda means that the publishers actually like me on that, and not Edelweiss.

This book was good. It wasn’t as good as some of her novels that I really liked, but it had the Bennett charm to it.

I always liked books that deals with “art” such as, photography, music, art in general. I think this is what made Chasing Lucky so interesting is that we have someone who deals with art. In this case, Josie who wants to be a photographer and just got denied from a summer internship.

I loved the way Bennett has described the ambition & passion of photography that Josie has. It makes me value the pictures that my mom does, and how interesting it is despite it being time-consuming and how editing can be a bitch at times.  But this is just pure magical, and reading the book, made me feel like I had this passion like Josie has.

I didn’t really mind the characters too much. They were interesting and had a certain charm to them especially Lucky. Though he did fall under the cliche, Bad Boy with a heart of gold. I don’t mind because they are interesting, but sometimes it gets a little too much. I’d rather read a softie boy than a residential bad boy who the girl falls for. Or you know, actually add POC and/or Queer cast, and I’ll be screaming about that forever.

Josie was certainly an interesting character. I adored her passions and ambition like I’ve mentioned before, but honestly I kinda do feel like her personality isn’t developed. I enjoyed quite a few things about her, but my god, her backbone is weak. And she is also a very frustrating character.

I think this is the main reason why I’m not a huge fan of Jenn Bennett novels. The characters always feel like their stale and not as developed as much as I would like. I can’t seem to get in their heads and actually get a grasp of personality. I can’t enjoy novels too much if the characters are not developed like everything else.

I kinda feel like these characters need help. They have had a lot of issues and the fact that some of their behavior is twisted.

I always enjoyed Bennett’s writing. There’s just something about it, where I can’t find in any other rom com books. This book was no different than the rest of the novels. There was the charm, the wonderful descriptions of photography and the small town. The writing was magical, nothing less than what I expected.

The romance was really cute. I always fall hard for the romance in Jenn Bennett’s rom-com books. The romance was well done and really slow-burn. I loved the fact that Bennett intermingled some tropes that I’d die for. Childhood Best Friends-Turned Enemies-Turned Lovers. Tell me does that not sound entertaining?

I could rave about the romance for a long time, and for a long review, but I won’t. Believe me, it will melt your soul and would easily become of the cutest books you have ever read.

Can I mention the sex-positivity Bennett adds in her books. She always adds sex in her books, and shows that teenagers are doing these things and I always loved that about her novels. I kinda was getting a little concerned about there being no sex involved, but at least my fears were eased, because I want to read more books that deals with this.

I did feel like this book didn’t have a plot whatsoever. This book had nothing special going for it, and I got confused on what the plot was. It brought it up in the beginning, but than nothing for a good chunk before addressing some of the plot-holes that was in the book, but there was still quite a bit of plot-holes that Bennett never addressed.

This book wasn’t as quite what I was expecting, but was still good. I love books that deals with “art” as a broad range, photography to be specific. The way Bennett described Josie’s passion, and how create photography can be was really enjoyable. The characters were quite interesting, but I did feel like they weren’t developed as much as I hoped. The writing and the romance was gorgeous, and I loved it. Though, I did found it lacking a plot.

Bio: Jenn Bennett is the author of over a dozen books, including the young adult titles: Alex, Approximately; Serious Moonlight; Starry Eyes; and The Lady Rogue. She also writes romance and fantasy for adults. Her books have earned multiple starred reviews, been Goodreads Choice Award Nominees, and have been included on annual Best Books lists from Kirkus and Publishers Weekly. In addition to being a writer, she’s also an artist with a Bachelor of Fine Arts in Painting. She was born in Germany, has lived all over the U.S., and has traveled extensively throughout Europe, China, Taiwan, and Hong Kong. She currently lives near Atlanta with one husband and two dogs.

Have read anything by Jenn Bennett? What did you think of them? Are you excited to read this book? Tell me in the comments!

Hey everyone! I’m Lori and I have been ranting about books for a while, so I decided to make a blog. I’m a teen blogger in high school who has no life so she just reads books, and rants about her problems on her blog and to her cat. I’m a feminist, LGBTQ+ person, and someone who supports anything diverse.

Published by The Reading Fairy

Lori is an advocate for all things diverse to help those who are in the margins. She loves reading, but music holds a dear place in her heart. She is a teenager in high school, a feminist, and is in the LGBTQ+ community. View all posts by The Reading Fairy