Five New Yorkers must come together in order to defend their city in the first book of a stunning new series by Hugo award-winning and NYT bestselling author N. K. Jemisin.

Every city has a soul. Some are as ancient as myths, and others are as new and destructive as children. New York City? She’s got five.

But every city also has a dark side. A roiling, ancient evil stirs beneath the earth, threatening to destroy the city and her five protectors unless they can come together and stop it once and for all. 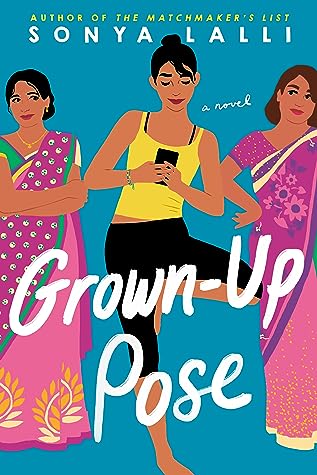 A delightfully modern look at what happens for a young woman when tradition, dating, and independence collide, from acclaimed author Sonya Lalli.

Adulting shouldn’t be this hard. Especially in your thirties. Having been pressured by her tight-knit community to get married at a young age to her first serious boyfriend, Anu Desai is now on her own again and feels like she is starting from the beginning.

But Anu doesn’t have time to start over. Telling her parents that she was separating from her husband was the hardest thing she’s ever done—and she’s still dealing with the fallout. She has her young daughter to support and when she invests all of her savings into running her own yoga studio, the feelings of irresponsibility send Anu reeling. She’ll be forced to look inside herself to learn what she truly wants.

In Alisha Rai’s second novel in her Modern Love series, a live-tweet event goes viral for a camera-shy ex-model, shoving her into the spotlight—and into the arms of the bodyguard she’d been pining for.

OMG! Wouldn’t it be adorable if he’s her soulmate???

Breaking: #CafeBae and #CuteCafeGirl went to the bathroom AT THE SAME TIME!!!

One minute, Katrina King’s enjoying an innocent conversation with a hot guy at a coffee shop; the next, a stranger has live-tweeted the entire episode with a romantic meet-cute spin and #CafeBae is the new hashtag-du-jour. The problem? Katrina craves a low-profile life, and going viral threatens the peaceful world she’s painstakingly built. Besides, #CafeBae isn’t the man she’s hungry for…

With the internet on the hunt for the identity of #CuteCafeGirl, Jas Singh, bodyguard, friend, and possessor of the most beautiful eyebrows Katrina’s ever seen, comes to the rescue and whisks her away to his family’s home. Alone in a remote setting with the object of her affections? It’s a recipe for romance. But after a long dating dry spell, Katrina isn’t sure she can trust her instincts when it comes to love—even if Jas’ every look says he wants to be more than just her bodyguard… 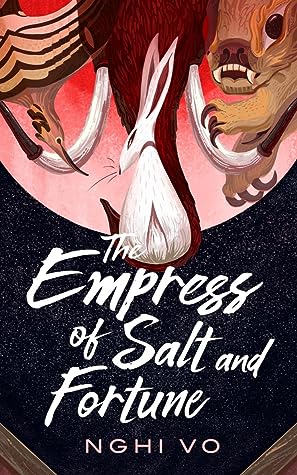 With the heart of an Atwood tale and the visuals of a classic Asian period drama, Nghi Vo’s The Empress of Salt and Fortune is a tightly and lushly written narrative about empire, storytelling, and the anger of women.

A young royal from the far north, is sent south for a political marriage in an empire reminiscent of imperial China. Her brothers are dead, her armies and their war mammoths long defeated and caged behind their borders. Alone and sometimes reviled, she must choose her allies carefully.

Rabbit, a handmaiden, sold by her parents to the palace for the lack of five baskets of dye, befriends the emperor’s lonely new wife and gets more than she bargained for.

At once feminist high fantasy and an indictment of monarchy, this evocative debut follows the rise of the empress In-yo, who has few resources and fewer friends. She’s a northern daughter in a mage-made summer exile, but she will bend history to her will and bring down her enemies, piece by piece.