Meet Anna K. At seventeen, she is at the top of Manhattan and Greenwich society (even if she prefers the company of her horses and Newfoundland dogs); she has the perfect (if perfectly boring) boyfriend, Alexander W.; and she has always made her Korean-American father proud (even if he can be a little controlling). Meanwhile, Anna’s brother, Steven, and his girlfriend, Lolly, are trying to weather a sexting scandal; Lolly’s little sister, Kimmie, is struggling to recalibrate to normal life after an injury derails her ice dancing career; and Steven’s best friend, Dustin, is madly (and one-sidedly) in love with Kimmie.

As her friends struggle with the pitfalls of ordinary teenage life, Anna always seems to be able to sail gracefully above it all. That is…until the night she meets Alexia “Count” Vronsky at Grand Central. A notorious playboy who has bounced around boarding schools and who lives for his own pleasure, Alexia is everything Anna is not. But he has never been in love until he meets Anna, and maybe she hasn’t, either. As Alexia and Anna are pulled irresistibly together, she has to decide how much of her life she is willing to let go for the chance to be with him. And when a shocking revelation threatens to shatter their relationship, she is forced to question if she has ever known herself at all.

Dazzlingly opulent and emotionally riveting, Anna K.: A Love Story is a brilliant reimagining of Leo Tolstoy’s timeless love story, Anna Karenina―but above all, it is a novel about the dizzying, glorious, heart-stopping experience of first love and first heartbreak.

“A boy she loved with all her heart had loved her more. And she deserved it.”

I wasn’t sure what to expect from this novel, especially since I don’t know Anna Karenina. A retelling of Anna Karenina set in the rich, and privileged folks of New York. This story seriously makes up for it, and I’m really glad this was March’s BOTM for Subtle Asian Book Club! I don’t think I would have picked this book up too much if that wasn’t the case.

Before I get into my very mix review of Anna K, I do want to address the cheating that was in this book. Now, cheating is not okay in any form and I do not condone such actions. This book, however, deeply explored how there are multiple stories to the same story and the double-standards that evolve around cheating. How men are applauded for sleeping around, and how women are labeled as sluts, and gets a harsher judgement from everyone. This book also doesn’t go whether the author condone’s it or accepts it. It was perfect 😊.

This book was very plot-focused. I wasn’t expecting that too much, but because the plot relies on cheating and Anna Karenina, it was very hard to follow the characters. I liked the plot, up until the end with how that ended…tragically.

The ending was something I never expected, because frankly, I didn’t read the full synopsis 🤣. I feel like the ending was a little rushed in terms of the events that happened. I didn’t even feel grief when that happened. I just felt meh and I kinda hoped that the author spent a little more time on how it affected her instead of leaving that in the epilogue.

The characters, however, were interesting. I didn’t had that much of a full connection to the characters because this book was very plot-focused which was a huge part on why I didn’t like it so much. There were a lot of characters in this book that I had mix feeling about.

There were all kind of relationships going! There was so much platonic friendship going on, romance and even familial bonds! Aah, I couldn’t be more happier to see a lot of these bonds in this book. The romance surprised me a lot because I liked it quite a lot, but I seriously love Lolly and Dustin’s romance, and of course, Anna and Vronsky’s romance going on. Seriously, can we have more familial and friendship bonds in books though?

The writing was a little rough in a few places. There wasn’t much dialogue in this book, so it did get a little dense in some places. The dense parts only managed to take me out of the story quite a bit of times. I did like the slang-used and pop-culture  references in this book because it was really nice. It was also weaved brilliantly so it wasn’t unnatural.

Anna K follows Anna Karenina retelling set among the rich  and privileged folks of New York. This book featured a lot of cheating, but it also made how people are affected by the cheating. The cheating is the plot in this book so the book is plot-focused a lot. The characters suffered from it, as I didn’t get too much connection with the characters. The best part was the type of bonds there was in this book, it made me so excited because it’s so rare to see familial bonds and friendships in books! The writing was a little rough with how dense, but the slang/pop-culture references fit into this book.

Fans of Retellings of classics
POC as the main cast!
Plot-focused book 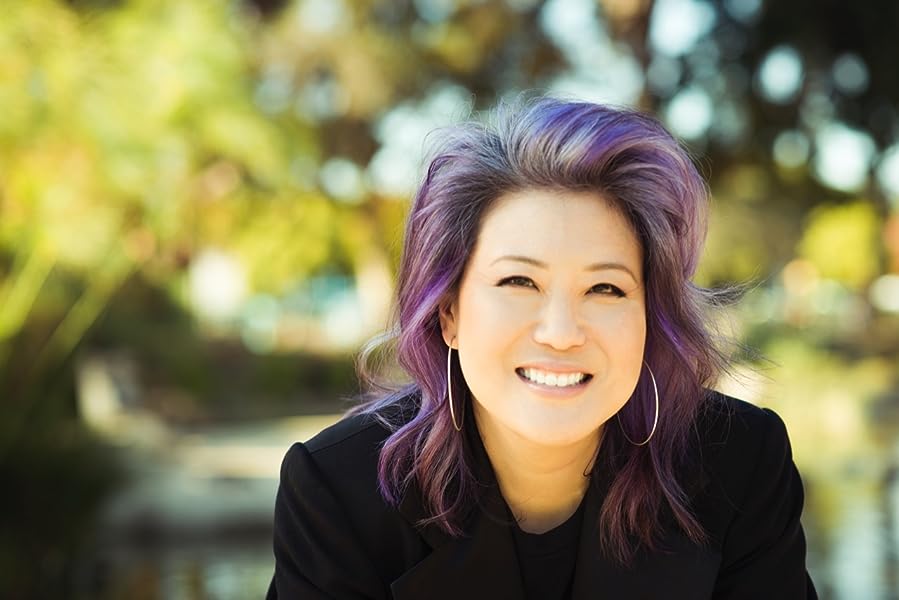 Bio: Jenny Lee is a television writer and producer who has worked on BET’s Boomerang, IFC’s Brockmire, Freeform’s Young & Hungry, and the Disney Channel’s number-one-rated kids’ show, Shake It Up. Jenny is the author of four humor essay collections and two middle grade novels. Anna K: A Love Story is her debut YA novel. She lives in Los Angeles with her husband and 135-pound Newfoundland, Gemma (and yes, it’s a toss-up on who’s walking who every day).  Photo courtesy of Jackson Berlin. 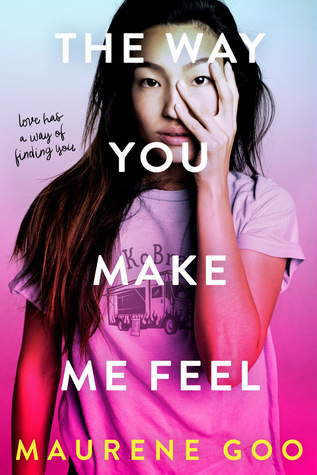 From the author of I Believe in a Thing Called Love, a laugh-out-loud story of love, new friendships, and one unique food truck.

Clara Shin lives for pranks and disruption. When she takes one joke too far, her dad sentences her to a summer working on his food truck, the KoBra, alongside her uptight classmate Rose Carver. Not the carefree summer Clara had imagined. But maybe Rose isn’t so bad. Maybe the boy named Hamlet (yes, Hamlet) crushing on her is pretty cute. Maybe Clara actually feels invested in her dad’s business. What if taking this summer seriously means that Clara has to leave her old self behind?

With Maurene Goo’s signature warmth and humor, The Way You Make Me Feel is a relatable story of falling in love and finding yourself in the places you’d never thought to look.